Dr. Tom has spent over 40 years in professional wrestling.  Beginning in 1972 Tom got his start taking pictures for various wrestling magazines and newspapers at the age of 12, eventually working his way into wrestling promoter Paul Boesch's office at age 16.  He had his first match on October 20th, 1979 and then ventured to Los Angeles.  It was non-stop from there.  Tom traveled the United States as well as Japan in his early years, working in virtually every territory in the South and West Coast before finally landing in Knoxville, Tennessee for Smoky Mountain Wrestling.

As one half of the Heavenly Bodies, with Stan Lane and later Jimmy Del Rey, and managed by the legendary Jim Cornette, Dr. Tom finally made his debut in the WWE (WWF) at Summer Slam '93 in Detroit.  The Heavenly Bodies faced the hometown favorites, Rick and Scott Steiner.

The later part of '95 saw Jimmy Del Rey go out with an injury and Dr. Tom was offered an opportunity to team with a young Chris Candido and Sunny to form "the Boddydonnas".  While they found success at Wrestlemania 12 by winning the WWF tag team titles, Candido suffered an injury and once again Tom was left without a partner.

In the summer of 1996 the WWE (WWF) decided it was time they started developing their own stars from within the company.  Dr. Tom had some previous experience while visiting his hometown of Houston and popping in on some local wrestlers and offering advice and tips through the years.  Word got back to Vince McMahon who called Tom into his office one afternoon.  He asked Tom if he would be interested in being the first trainer in what was then just a lone ring in the warehouse of WWE (WWF) studios.  Dr. Tom's first three students were Mark Henry, Achim Albrect (Brakus), and Dwayne "the Rock" Johnson.  From there the developmental system was born.  Jim Ross was head of talent relations and Jim Cornette was on the creative team.  They would find potential talent and send them to Tom to train from scratch, polish, or just knock some ring-rust off for an upcoming match!  Tom trained stars and worked as a manager of the developmental systems in Louisville (OVW ) and Cincinnati (HWA) from '96-04 and was the head coach in McDonough GA (DSW '07-'12) and Tampa (FCW) from '07-'12.  Tom then moved back to Knoxville, TN.

Tom has trained some of the top superstars of then and now including Kurt Angle, Edge, Mark Henry, Roman Reigns, Seth Rollins, Dean Ambrose, etc. 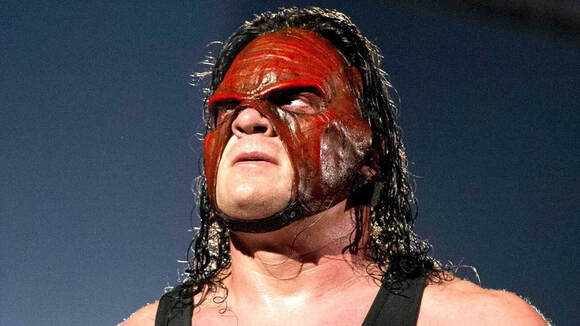 ​He began his professional wrestling career on the independent circuit in 1992, wrestling in promotions such as Smoky Mountain Wrestling (SMW) and the United States Wrestling Association (USWA), before joining the World Wrestling Federation (WWF, now WWE) in 1995.[10] Jacobs played various characters until 1997, when he was repackaged as Kane, a horror-themed personification of fire and juggernaut younger half-brother of The Undertaker and son of Paul Bearer. This "hellfire and brimstone" gimmick branches from acts of arson by The Undertaker as part of their characters' youth backstory.[11] Jacobs would alternatively feud and team with The Undertaker as The Brothers of Destruction.

Following his WWF debut, Kane remained a pivotal component of the company's "Attitude Era" of the late 1990s and early 2000s, defeating the era's "poster boy"[12] Stone Cold Steve Austin for the WWF Championship in his first pay-per-view (PPV) main event at King of the Ring in June 1998. He continued to headline PPV cards through 2018's Crown Jewel, and has appeared in more of such events than any other performer in WWF/WWE history until 2021, when surpassed by Randy Orton[13][14]

Within WWE, Kane is a three-time world champion (having held the WWF Championship, ECW Championship and World Heavyweight Championship once each) and a 12-time world tag team champion (having held the World Tag Team Championship, WCW Tag Team Championship and WWE Tag Team Championships with various partners). He is also a two-time Intercontinental Champion and a Money in the Bank winner, as well as the third man to complete WWE's Grand Slam. The last title Kane won was the 24/7 Championship on September 16, 2019, the only title won under his real name.[15] Veteran wrestler Ric Flair described Kane as "the best in the world",[16] while Big Show dubbed him "the best big man ever".[17] Kane holds the record for the most appearances in a Royal Rumble match at 20 as well as the highest cumulative total eliminations at 46.[18] He headlined the WWE Hall of Fame Class of 2021.